what you can do 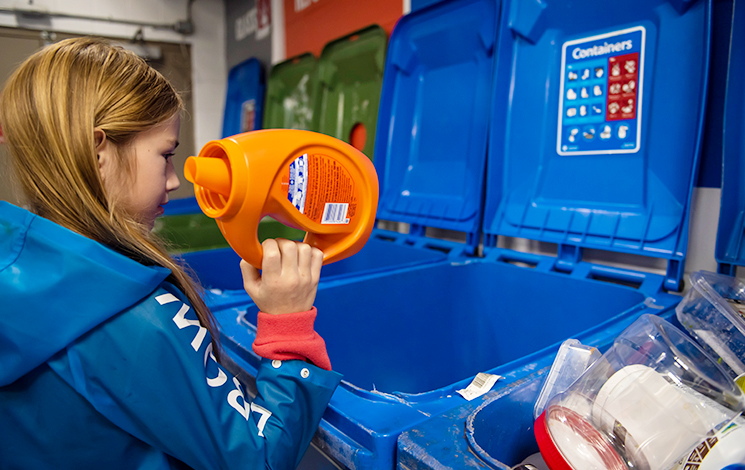 Scientists around the world have concluded that the rapid increase in the production of greenhouse gases (GHGs) is causing an increase in the average temperature on the earth's surface. GHGs are produced when fossil fuels like gasoline, coal and natural gas are burned or when methane is released from landfills.

What does climate change mean for West Vancouver?

Research shows that about 95 per cent of West Vancouver’s GHGs are generated by the community, and 54 per cent of those GHGs come from heating homes. The rest of the GHGs produced in the community come from on-road commuting (41 per cent) and solid waste (4 per cent). As GHG emissions continue to grow, increased average temperatures will cause drier summers, wetter winters and more frequent extreme weather events, such as heat waves and storm surges. Another product of climate change is sea-level rise. It is estimated that by 2100, the sea in English Bay could rise by as much as one metre and inundate significant portions of West Vancouver’s waterfront.

Tackling climate change will require a range of actions—to reduce GHG emissions and also to prepare for the impacts that it could bring to the District.

Less waste in the landfill means less methane, so make recycling part of your daily routine:

Did you know: You can recycle or donate just about anything in your home. There are also facilities that dispose of electronics in an environmentally responsible manner—Encorp Pacific Return-It programs recycle "broken" and end-of-life electronics.

Insulate your Home and Watch the Temperature

Natural gas heating in buildings is a major contributor to West Vancouver's GHG footprint. By properly insulating your home, you can ensure that heat stays in, or out, depending on the season:

Did you know: Heating is the largest energy user in most homes. In many homes, 20 per cent of all heat loss is through leaks and poor ventilation. Wasted hydroelectric energy increases the demand for more dams and energy infrastructure, and leads to more CO2 emissions. A great way to determine where insulation is needed is a thermal imaging scan that shows where your home is leaking warm or cool air. Hire professionals or do what Eagle Islanders did: work with District staff and Cool North Shore to conduct energy audits and undertake retrofits to reduce GHG emissions.

Did you know: The District has installed electric vehicle charging stations at Municipal Hall, Gleneagles Community Centre and the West Vancouver Community Centre. There are also several other stations at businesses and municipalities throughout the Lower Mainland. Here’s some more information about electric vehicles and how you can get rebates for greening your ride:

Heating water accounts for 90 per cent of the energy consumption of washing machines. Wash clothing in cold water and hang it to dry outside, or indoors on a drying rack. Buying an EnergyStar-approved washing machine will save both water and energy.

Did you know: Cold water is more delicate on clothing than hot water. Switching to cold water will also save you money on your energy bill, as will hang-drying your clothes.

Did you know: CFLs use 66 per cent less energy than a standard incandescent bulb and last up to 10 times longer. Replacing a 100-watt incandescent bulb with a 32-watt CFL can save $30 in energy costs over the life of the bulb.

Thinking about upgrading your refrigerator, laundry, dishes, cooking, water heater and other appliances? Appliances with EnergyStar ratings typically use 20 per cent less energy than conventional appliances—big savings for you and the environment.

Did you know: Appliance-use comprises about 18 per cent of a typical home’s total energy bill, and the fridge is one of the worst energy offenders. An efficient new refrigerator could save you as much as $150 per year while a new EnergyStar clothes washer could cost just $85 to run annually. You can also join Team Power Smart (it’s free)—reduce your electricity use by 10 per cent over 12 months and you could be eligible for a $75 award.

Food scraps, food-soiled paper and other compostable products make up nearly 40 per cent of household waste. In West Vancouver, you can divert much of your waste into the Blue Box Recycling system, the Green Can Program or into a backyard composter.

Did you know: You are composting more than ever!

Buying local cuts down on the fossil fuels burned to get the food to you. Visiting farmers markets is a great way to buy local and support our farming community!

Rather than discarding or recycling clothing and household goods, give them a chance at a second life.

Did you know: Repurposing reduces the amount of waste sent to the landfill. There is also no need to use energy for recycling and others can benefit from your used items.

Did you know: Trees deliver more than cost savings: