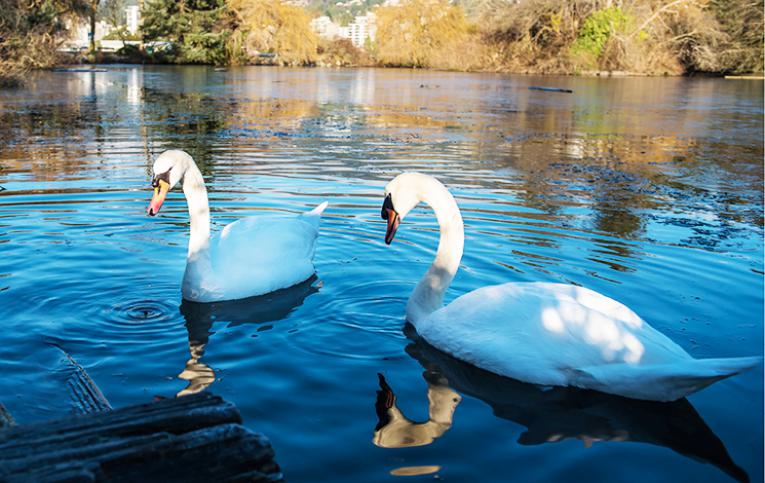 Swans are beautiful and much-admired residents of Ambleside Pond. The District of West Vancouver keeps swans in the park under an Avicultural Permit from the Canadian Wildlife Service.

Did you know…?
Swans are very territorial and aggressive birds. This invasive species was imported from Europe in the late 1800s to adorn parks. Today, their population is carefully managed by the federal government to prevent them from overtaking Canada’s native wildlife and wetlands.

Cygnet removal
Ambleside Pond is small, and can only support one pair of swans. If the population exceeds that, the swans' aggressive nature will take over until only one pair remains. That’s why the District must make arrangements for the cygnets to be removed each year.

West Vancouver places Ambleside Pond’s cygnets when they are 6 to 7 weeks old at a bird sanctuary where their wings are pinioned and they are fostered until good adoptive homes are found.

The only option to pinioning the wings and adopting out the cygnets is “addling” the eggs, so they do not hatch. Although removing cygnets from parents can be temporarily difficult, we have chosen to let the swans breed.