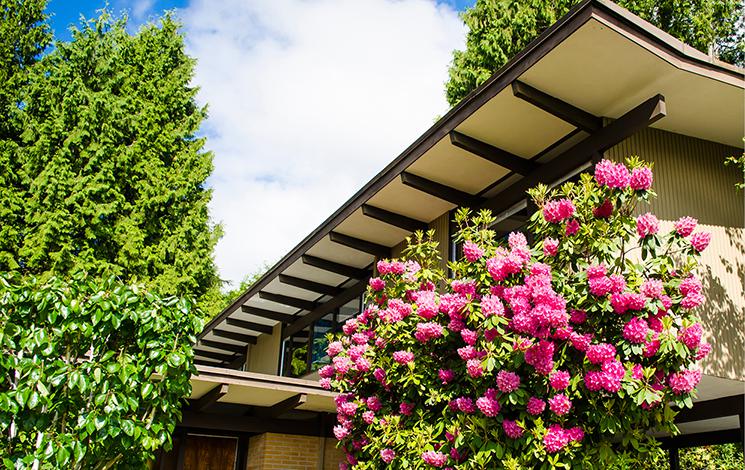 The Toby House is located at 2055 Queens Avenue and was designed by prominent west coast architect, Ray L. Toby for his own family in 1962. This was shortly after his firm, Toby Russell Buckwell Architects, won the contract for the design of the new (current) District of West Vancouver Municipal Hall. The Toby House is considered a pioneer of the West Coast Style and epitomizes the design aesthetic and lifestyle of the mid-century modern period, standing as an excellent example of a building perfectly integrated with its site.

The Toby House is significant for the first use of glue-laminated wood beams in local residential architecture. Here they are used to provide very wide flaring eaves that appear to hover above the articulated pavilions of this house. The roofline and glazing give the exterior a light and floating look. On the interior, clerestory windows provide natural light from all directions and the open-plan layout and partial height walls allow for integration of living areas.

Toby House is noted in the West Vancouver Survey of Significant Architecture: 1945–1975 as a ‘primary’ building, and was featured on the West Vancouver Art Museum’s West Coast Modern Tour in 2007. In 2015, Council approved West Vancouver's first Heritage Revitalization Agreement (Bylaw No. 4813, 2015) to legally protect Toby House and allow the current owner additional development potential by allowing the site to be subdivided and a second dwelling built on the site.