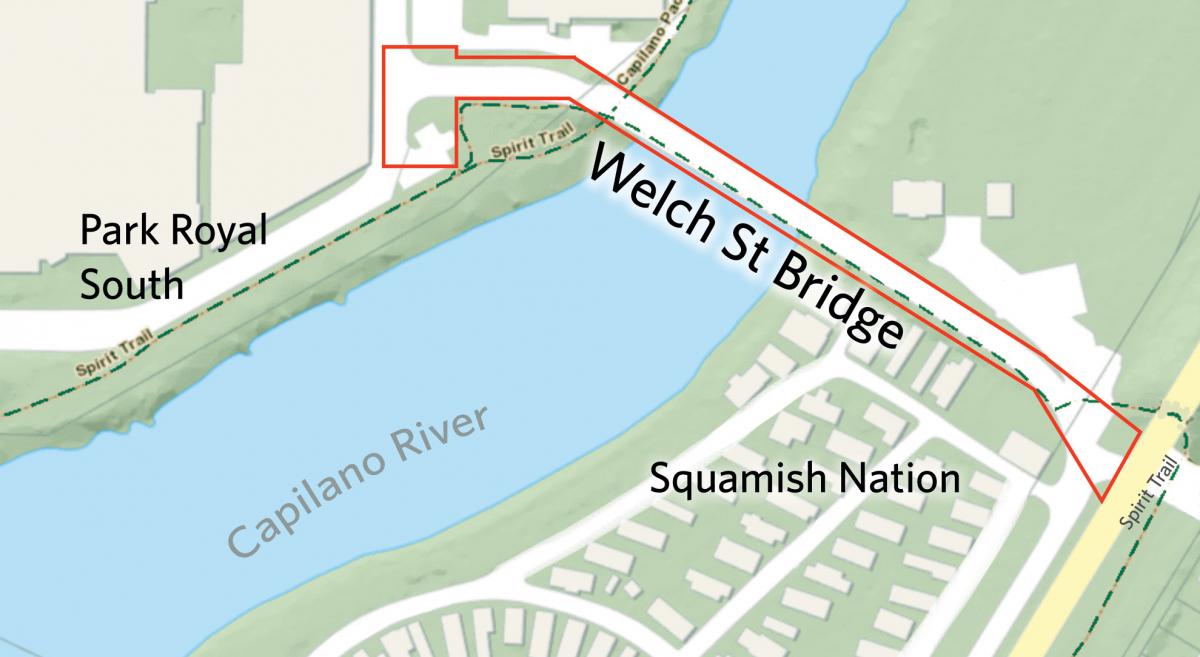 The Welch Street Bridge is now fully open to traffic in both directions. The second phase of the resurfacing work was completed ahead of schedule and there are no further traffic impacts required on the bridge this fall.

As part of the work, a new multi-use path with separation from vehicle traffic was constructed to accommodate pedestrians, cyclists, and people who use wheelchairs. The improvements include new lighting and reconfiguration to the east and west intersection approaches to the bridge to include additional lanes and improvements to the pedestrian and bike crossings, and updated stairway access to the Capilano River for use by Squamish Nation members.

The bridge is on Squamish Nation land and spans the Capilano River, connecting Park Royal Shopping Centre with Bridge Road. It was constructed in the 1970s and, in recent years, is being used by significantly more pedestrians and cyclists, in addition to vehicle traffic. The route connects North Vancouver and the Squamish Nation to Ambleside and the rest of the North Shore Spirit Trail.

Along with Squamish Nation Council’s leadership and approval, the improvements enhance West Vancouver Council’s Strategic Goal to improve mobility and reduce congestion by diversifying, expanding, and improving the safety and appeal of active transportation, such as cycling and walking.