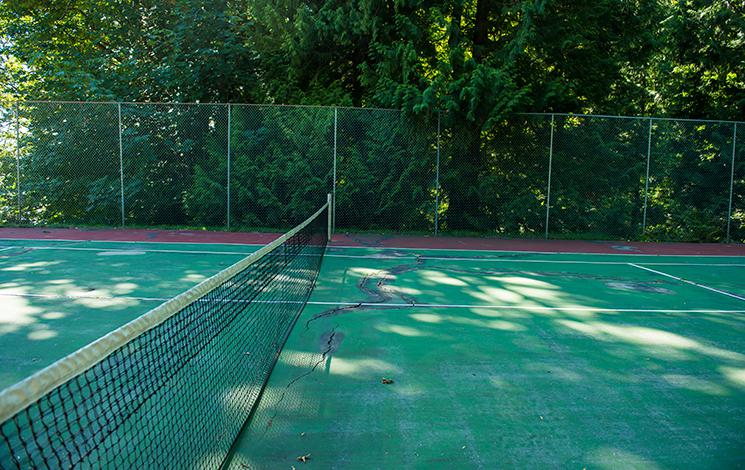 Residents cherish their waterfront parks and protecting and providing appropriate amenities and access to these parks was an important element in the Parks Master Plan.

Larson Bay Park is one of a series of small but significant waterfront parks in West Vancouver. This park has been identified by the District for some improvements in 2017 and 2018. District staff welcome community input about the following completed works and possibilities under consideration for this park:

The tennis court is deteriorating and is not functioning properly as a tennis court. It would take significant capital funding to bring it up to a usable state. The District would like to consider alternatives and opportunities for the tennis court.

Invasive plants are extensive throughout the park. Several invasive plants on West Vancouver’s Invasive Plant Target List are having an impact in Larson Bay Park. Over the next few years, District staff will address the Japanese Knotweed. We are seeking community support in addressing the other invasive plants such as laurel, ivy, blackberry and periwinkle.

IMPROVEMENTS TO THE TRAILS

Trails are an important amenity in this park. As we plan for potential improvements, your input about layout and usage is important.

This washroom building is limited in size and is in fair to poor condition. Due to its low use and proximity to other District washroom facilities, the District is considering removing the outhouse and returning the area to grass.

An open house was held on Thursday, October 27, 2016, at the Gleneagles Clubhouse, to invite suggestions and ideas from the public about the future of Larson Bay Park.

Thank you to those who contributed ideas and feedback at the open house and online.