An emergency container has been placed near the West Vancouver Community Centre, outside the Ice Arena, to help prepare the community in the event of a major earthquake or other disaster.

The container, which looks like a storage pod, is the sixth Disaster Supply Cache to be added to locations throughout the North Shore and contains items to aid responders such as radios, personal protective equipment, generators, and evacuee support supplies. 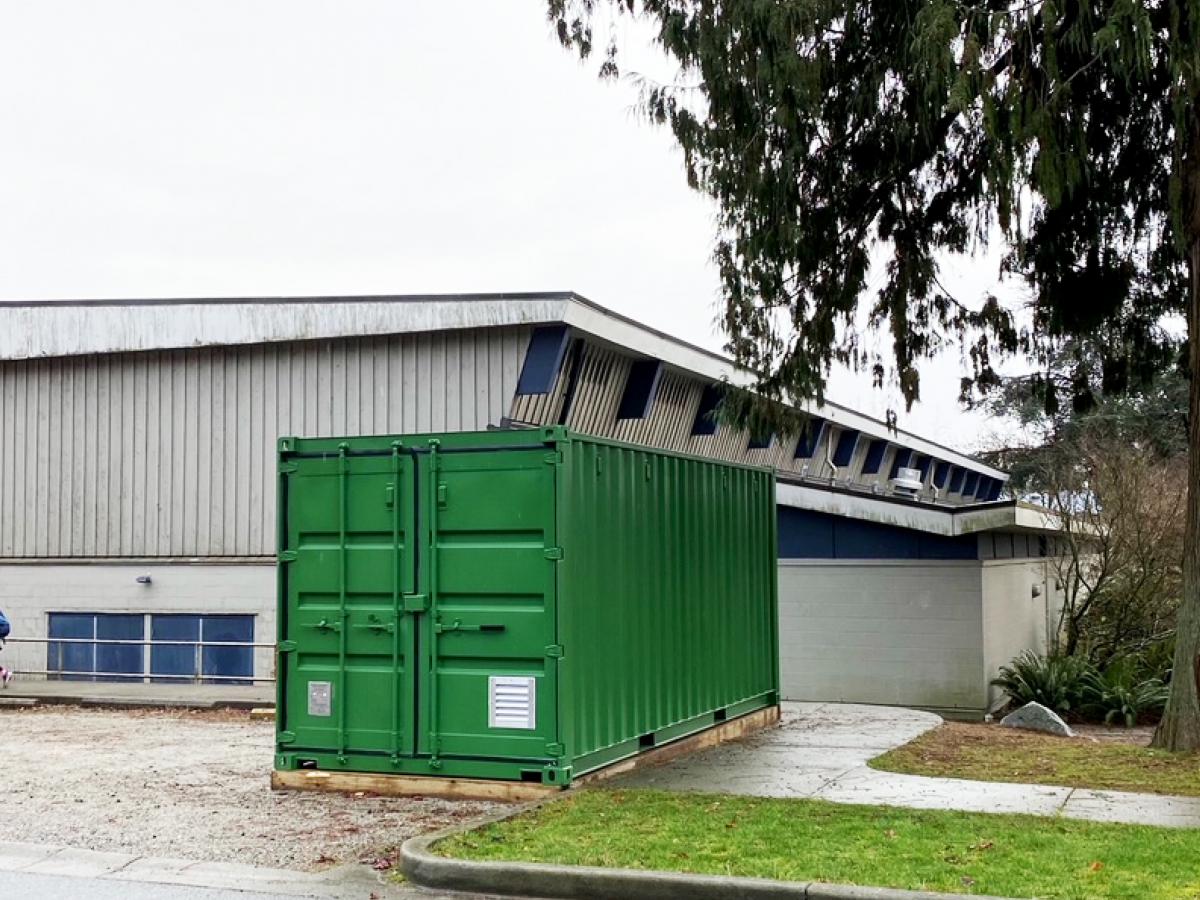 The Disaster Supply Caches are a component of the North Shore Operational Readiness Initiative, a resiliency strategy that includes coordinating emergency response across the North Shore.

The contents of the containers aid local responders in the event of a disaster such as a major earthquake, urban interface wildfire, or flood, and are located at key centres where emergency response and support would be organized. In addition, the supplies have recently been used in apartment fires on the North Shore.

"In the event of a disaster, this Disaster Supply Cache ensures the availability of resources necessary to help West Vancouver residents recover, including many of our most vulnerable residents who live nearby in seniors care homes," said Michael Andrews, Deputy Director of North Shore Emergency Management.

"The containers help us be prepared for an emergency or disaster. They are intended to support our residents in their time of greatest need."

For more information on a wide range of volunteer opportunities and preparing for an emergency, including how to create an emergency kit and to schedule a free one-hour presentation for your team, condo association, or special interest group, visit: