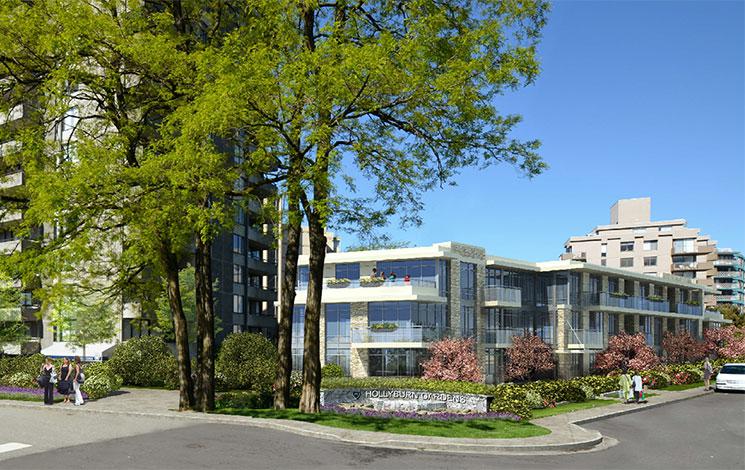 Occupancy is projected to begin in late November 2020.

The contractor has received approval for non-enforcement of the Noise Control Bylaw to allow large concrete pours outside of regular construction working hours under the following conditions:

The new buildings under construction are concrete superstructures and therefore incorporate large pours as approved by the structural engineer. To achieve these pours, additional time is required outside of the Noise Control Bylaw.

On pour days, residents and businesses can anticipate the following:

Council approved the rezoning bylaw and development permit on October 16, 2017.

The applicant is finalizing precedent conditions prior to Council considering enactment of the amending bylaws and approval of the development permit.

Council gave first reading of the proposed amending bylaws at its Meeting on October 24, 2016 and scheduled a Public Hearing for November 28, 2016.

The application was considered by the North Shore Accessibility Committee on Disability Issues (ACDI) on February 12, 2015. The Committee recommended support of the application.

The District has received an application for a rezoning and development permit for the construction of purpose-built market rental housing. The proposal will add 41 apartments in two new buildings on the property. The existing 16-storey building will remain that contains 126 units.

The site is zoned RM2.

Key features of the proposal are: 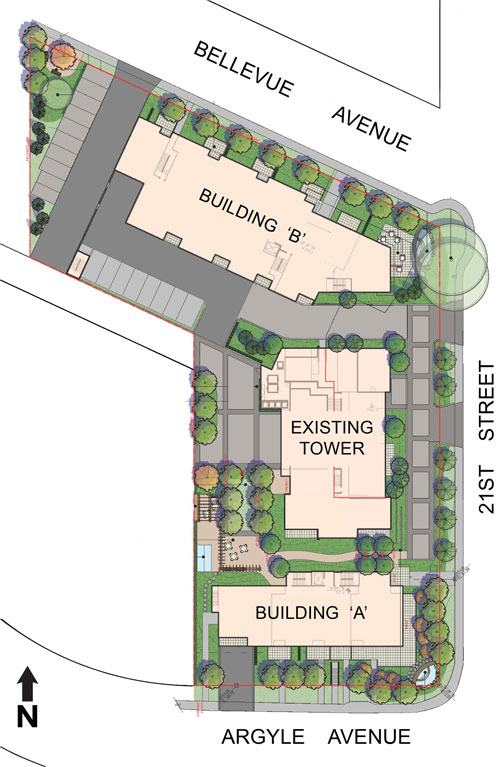