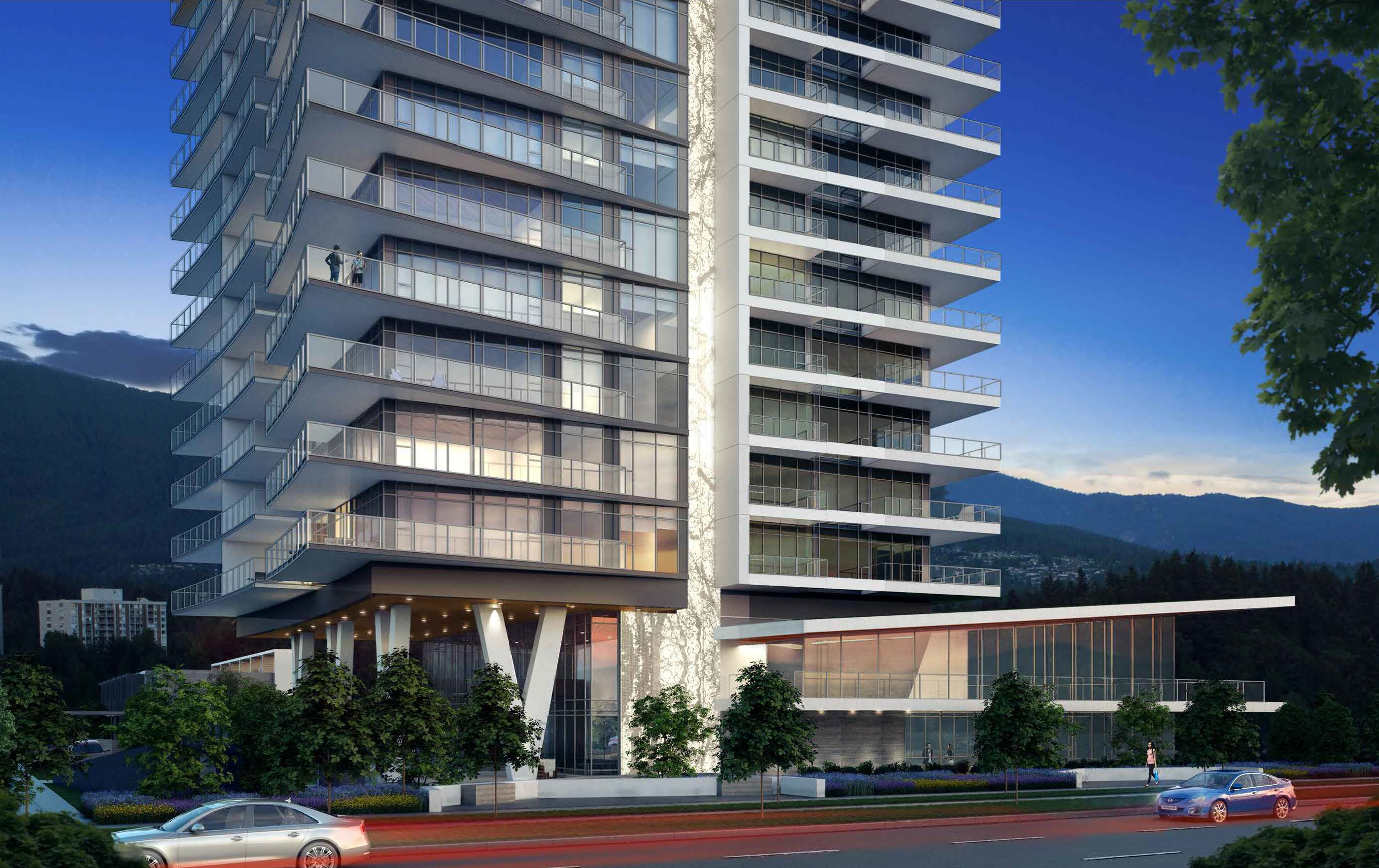 The District approved a rezoning and associated development permit application for 303 Marine Drive on March 30, 2020.

The subsequent rezoning and development permit application modified the existing CD55 zone to allow for an additional 35 units for a total of 176 units. The rezoning included no increase in storeys or maximum floor area ratio (FAR) and the number of market and non-market units remained unchanged at 54 units. All additional 35 units were created through the rearrangement of apartment building floor plans.

The design of the tower and townhouses remained generally similar to the previously approved development permit (DP17-077).

Notable dates in the approval process:

Positioned within close proximity to Klahanie Park and the emerging Lions Gate Town Centre in the District of North Vancouver, the site will be a part of a transit-oriented community that is close to commercial services, public amenities and a range of housing choices.

For more information on the Lions Gate Village, including the areas and public realm plan, please click the link below:

The Local Area Plan (LAP) provides planning policy at a neighbourhood scale that serves to guide land-use change and development. The LAP provides design guidelines that direct the form, height, massing and character of new buildings, as well as the public spaces and landscape between.

The proposal is consistent with the Marine Drive Local Area Plan (LAP). The site is at the most eastern point of West Vancouver and is bounded by the District of North Vancouver (DNV) along the eastern property line. Access to the development will form access roads from DNV. No access to Marine Drive is proposed.

The site at 303 Marine Drive is identified as being within the Lions Gate - Klahanie Sub Area of the LAP. The LAP prioritizes residential use to meet housing objectives, generate less traffic than commercial uses, and not dissipate the planned commercial core in the adjacent Lions Gate Town Centre (see below). The LAP calls for:

As per the development permit, further design development on the approved townhouses was required. The townhouses are scheduled to be considered by the Design Review Committee at its meeting on November 1, 2018.

At the July 23, 2018, Council meeting, Council approved the rezoning and development permit for 303 Marine Drive. The property is located adjacent to the municipal boundaries between the District of West Vancouver and the District of North Vancouver.

Staff Presentation at the May 28 Council Meeting

Applicant Presentation at the May 28 Council Meeting

Schedule A to Development Permit – Part 1

Schedule A to Development Permit – Part 2

Schedule A to Development Permit – Part 3

The rezoning and development permit application is for a 26-storey residential tower. Key features of the proposal are:

To comment on this development application, you may send an email to Mayor and Council: