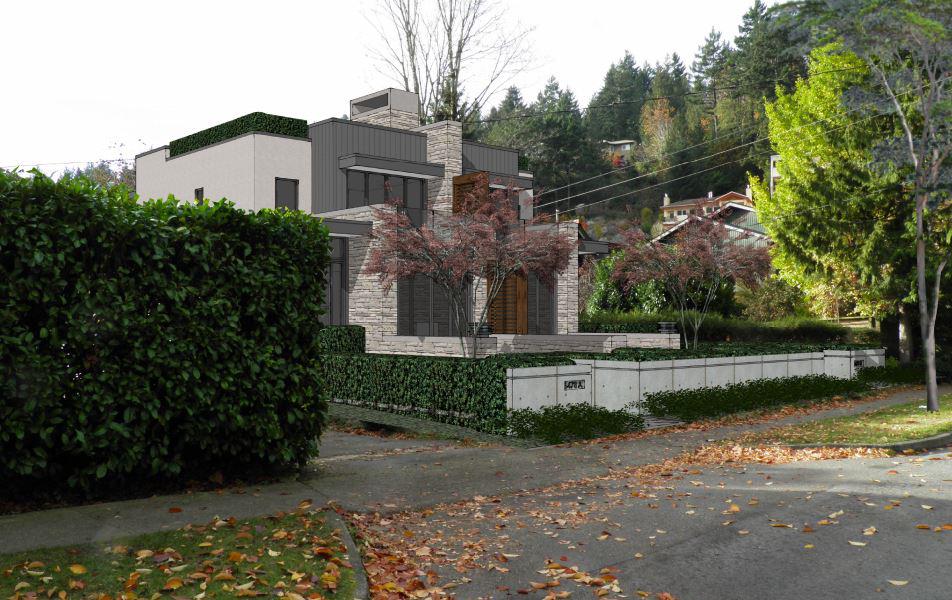 On September 10, 2018, Council approved the rezoning and development permit for the proposed duplex at 6478 Bay Street.

As a result of resident feedback received by the District (after Council gave first reading to the proposed Zoning Bylaw amendment on June 19, 2017) and by the applicant at their two information meetings held in July and October 2017, the applicant has revised their proposal with a public hearing to be held on May 7, 2018.

The owner has applied for a zoning bylaw amendment to rezone the property to allow for a duplex building, and a development permit to construct:

The proposed duplex building features sunken patios for the secondary suites and rooftop decks for the principal units, providing private outdoor space for all units.