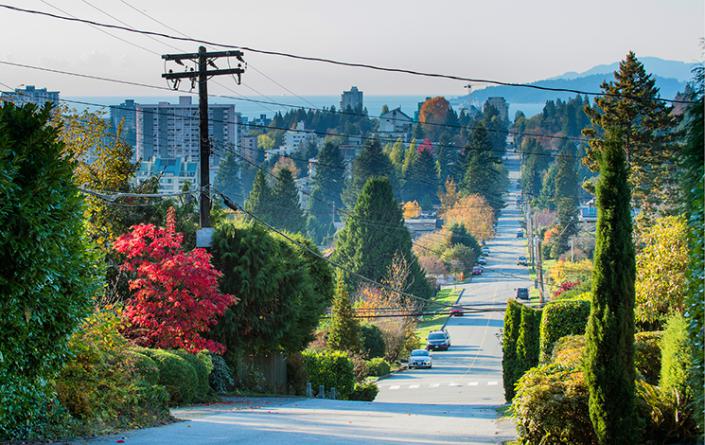 Following up on the OCP review process, the 2007-2008 Community Dialogue on Neighbourhood Character and Housing was developed and implemented by District staff and a citizens’ working group.  This was a process involving hundreds of West Vancouver residents talking to each other about the future of their neighbourhoods, and issues related to housing choice and affordability. The Community Dialogue provided a forum for engaging the community in developing its own policy directions for housing and neighbourhood character.

Building on the OCP and the Community Dialogue on Neighbourhood Character and Housing, Council adopted ‘A Housing Action Plan for West Vancouver’ on February 18, 2013. The Plan provides a framework to:

Key planning challenges for West Vancouver include: how to provide for improved housing choice and affordability, specifically, the right size and right type of housing; and, how to meet the changing housing needs of West Vancouver residents by providing new housing opportunities within their own neighbourhoods, while maintaining the character of those neighbourhoods.

END_OF_DOCUMENT_TOKEN_TO_BE_REPLACED

West Vancouver has approximately 1900 purpose built rental units, most of which were built in the 1960s & 1970s.

END_OF_DOCUMENT_TOKEN_TO_BE_REPLACED

The North Shore Homelessness Action Initiative (NSHAI) is an assembly of North Shore officials with a mutual commitment to enhancing coordination and action to prevent and alleviate homelessness in our communities.

END_OF_DOCUMENT_TOKEN_TO_BE_REPLACED

Our neighbourhoods are changing, as existing modest homes are replaced with much larger ones that include significant alterations to the surrounding landscape.

Changing neighbourhood character has been a concern in West Vancouver for 30 years. Construction of large replacement houses (known as "bulk") have been pointed to as ‘character-altering’. The District is currently reviewing existing regulations to address this issue.

The District has prepared a Housing Needs Report that is consistent with provincial legislation. It outlines existing and anticipated housing needs over a five-year time frame and will be presented to Council at an upcoming meeting.

The Community Dialogue on Neighbourhood Character and Housing Working Group guided a year-long consultation process with the residents of West Vancouver. This provided a forum for an in-depth discussion and debate on neighbourhood character and housing issues.

The Housing Action Plan for West Vancouver builds on the Official Community Plan and the Community Dialogue on Neighbourhood Character & Housing.