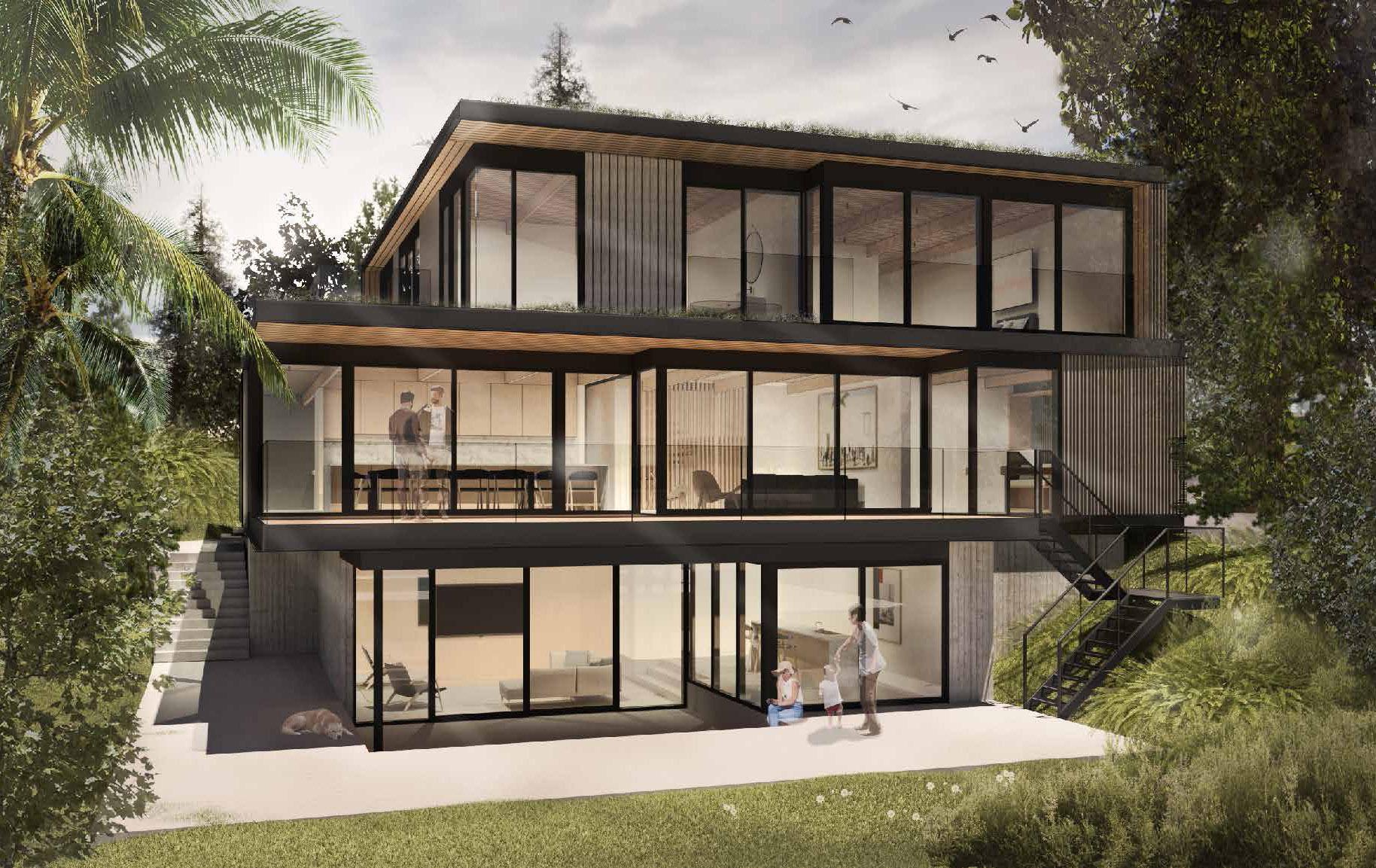 The District's Director of Planning and Development Services considered and approved the amendment to Environmental Development Permit 20-061 on January 12, 2022.

The applicant is proposing to reduce the scope of the previously approved renovation to the existing dwelling, the main changes being the elimination of the second storey addition and adding a basement level addition on the west elevation. The approved variances are proposed to be amended to accommodate the revised proposal:

The Director of Planning and Development Services approved this environmental development permit on March 4, 2021.

The District has received an Environmental Development Permit application for alterations to an existing single-family dwelling requiring zoning variances at 1421 31st Street.

The proposal would allow for renovation to the existing home including adding a second storey addition with a carport expansion underneath, expanding the asphalt driveway (east), expanding the main floor living space and deck area, and adding a new concrete stairwell on the west side of the dwelling. The proposed development is predominantly located on the existing footprint and does not encroach into the 5 m setback for the permanent portion of the watercourse.

Zoning Bylaw variances are requested as follows to accommodate retention and upgrading of the existing dwelling:

As part of the consideration process, neighbours within 50 metres of 1421 31st Street will receive written notice about the application and will be given two weeks to provide comments to staff on the proposal. The deadline for comments is February 22, 2021.